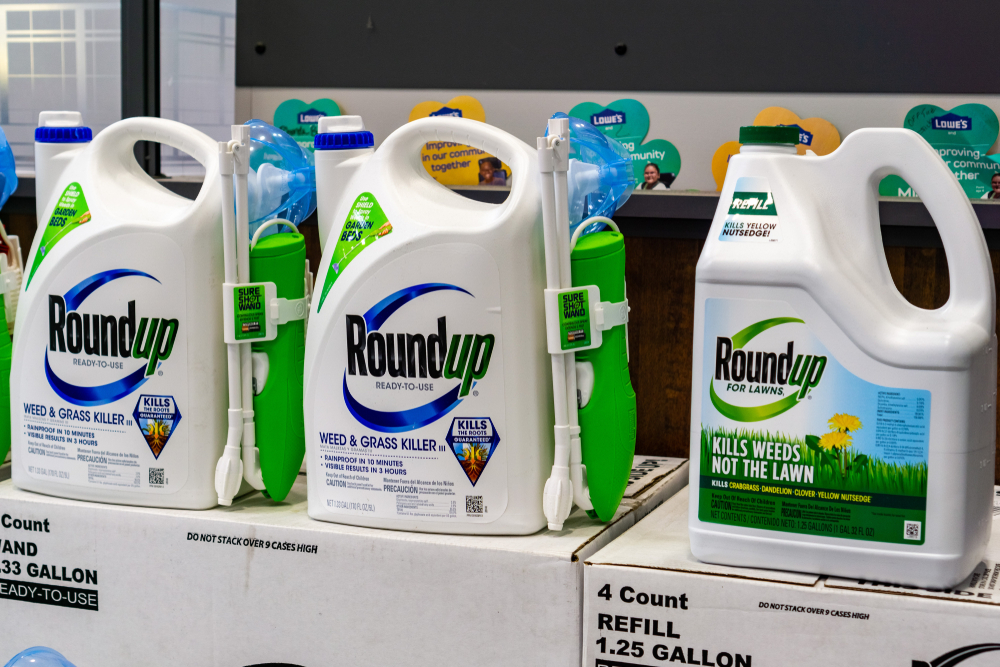 Editor’s Note: We often say the government is the greatest threat to your wealth. But it is just as great of a threat to your health. When regulations favor big businesses over individuals, there are serious consequences. Joel outlines a critical example below.

Over the past two weeks, the U.S. Supreme Court has refused to hear Bayer’s appeals on a multimillion-dollar lawsuit alleging a connection between glyphosate and cancer.

I’ve looked at the news reports. Each one carries the same Bayer defense (Bayer purchased Monsanto, the original developer of the glyphosate-activated herbicide Roundup). It will be interesting to see how this suit winds its way through the legislative process.

It’s perhaps the most obvious current example of how big business uses regulations to cover for bad behavior.

In earlier days, Bayer’s argument had two primary threads. The first was the efficacy of the company’s own in-house testing, which showed the product had no negative effects when used according to label instructions. The second was to ask how a product declared safe by the EPA could be dangerous. Wouldn’t the EPA’s stamp of approval provide a big enough skirt to hide under?

Early on, the first thread got torn to shreds. The plaintiffs had enough internal memos and dirt on Monsanto that the notion of aboveboard science didn’t hold up. In subsequent appeals, the scientific defense disappeared, and the company’s bulwark defense became the government’s product approval.

Now that the Supreme Court has let the lower court rulings stand, Bayer’s protection via government approval is going away. The company is now pushing for a workaround… legislation that would bolster its protections. It wants protections similar to what social media companies – which are shielded from publishers liability – get. Bayer – and certainly other large corporations – wants to carve out special liability protections for any product deemed safe by government agencies.

But let’s remember that the explosion in vaccinations started after the Reagan-Kennedy agreement to eliminate product liability for pharmaceutical companies making those vaccines.

The government pool to pay out vaccine damages cleared the way for drug companies, Food and Drug Administration (FDA) regulators, health experts and doctors to collude in the creation of the orthodox narrative that health comes out of a syringe.

The glyphosate controversy appears to be hatching from the same egg. The fact that Bayer has already set aside billions to settle claims and is still selling the product indicates huge confidence within the company that it can weather this storm and come out on top.

Early reports suggest Bayer will tweak the label so that homeowners and regular Joes can’t legally use the product. It’ll be available only to commercial farmers and applicators.

A lot is riding on Roundup since it’s a catalyst for genetically modified organisms (GMOs), especially in soybeans. As you start peeling the layers off this onion, you see how intricately symbiotic these ideas are.

In corporate-think, “Let’s kill the weeds.” But the herbicide also kills the crop. So let’s bioengineer a crop that can handle the herbicide. While I don’t doubt that the intentions are noble, the unintended consequences can be deadly.

A couple of weeks ago, I had the distinct privilege of interviewing Dr. Temple Grandin, a guru of animal behavior. As creative and skilled as she is, she said her biggest mistake was thinking she could design a cattle-handling system that didn’t require human finesse. Her lifelong dream has been to design chutes and corrals that would ensure animal welfare regardless of the operator. But alas, she said it can’t be done.

In the same vein, she talked much about genetics. At 75 years old, with decades working with livestock, her experience is almost immeasurable. As they say, she’s seen it all.

The most concerning thing she’s seen in the past few years is the unintended consequences of genetic selection. She said we’ve bred dogs to be people-sociable and then wonder why they tear up the house when we leave them alone all day.

She pointed out emphatically that every genetic trait breeders select for has a trade-off that pops up in another area.

For example, breeding bigger cows to satisfy meat processors has caused widespread lameness and infertility issues within the cattle industry. These are all related issues and speak to the mechanistic mindset humans have adopted toward other forms of life.

Each second, the trillions of microbes in our bodies make decisions about sex, trade and travel. We aren’t wound-up clocks. Life is founded on quadrillions of decisions per millisecond, all made spontaneously, with the interests of the being – whether plant or animal, microbe or elephant – in mind.

The fatal flaw in Bayer’s reasoning – and in the reasoning of everyone in this area – is believing that people are clever enough to create biological agents that are as predictable as the ball bearings on a car wheel. Life is far more complex, relational and thoughtful than a ball bearing.

Soon we will see corporate collusion intended to absolve businesses of liability, across the board, for anything government regulators deem safe.

This effort by Bayer, at its core, seeks to spare the company responsibility for its decisions.

We certainly don’t need more of that.