Biden Just Got More Ammunition for His Green Agenda 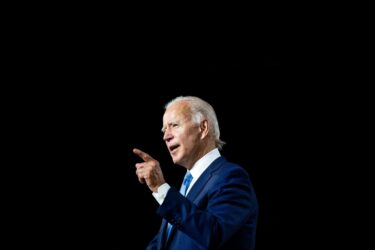 The results are in… and Wall Street likes what it sees.

We’re not talking about the messy midterm elections, of course.

The Dow soared more than 1,000 points in response to the latest CPI numbers from the Bureau of Labor Statistics. It seems inflation dipped ever so slightly in October.

The S&P and Nasdaq saw big pops as well.

But lost in the celebration was a troubling bit of data…

And it’s sure to give Washington more ammunition in its war against the energy sector.

Year over year, inflation rose 7.7% in October. That’s lower than the year-over-year tally from September… and lower than analysts expected.

Wall Street took it as a signal that the worst could be over. Some are even saying that the Fed may finally pull back the reins on its aggressive rate hikes.

But here’s what didn’t get as much attention…

Energy prices are up a whopping 17.6% year over year.

It will be far more expensive for Americans to heat their homes as we head into winter.

No doubt, household budgets will still be strained… even if the costs of consumer staples like bread are beginning to slip.

It’s a dangerous situation. And it plays right into Washington’s hands.

It’s no secret that Washington wants to wean us off of traditional energy sources in favor of alternatives like solar and wind.

Surging energy prices will be pointed at as another reason to push for green policies. In fact, Biden said as much in a speech earlier this year…

If your home is powered by safer, cheaper, cleaner electricity, like solar or heat pumps, you can save about $500 a month on average.

That statement was quickly debunked… as the average American household spends far less than $500 on energy each month.

It turns out it was another Biden gaffe: He meant per year, not per month.

But even that kind of annual savings wouldn’t be felt for years… given the upfront cost of installing clean energy equipment like solar panels and heat pumps.

The scary part is that any good news in our inflation battle – given that inflation is the No. 1 issue that worries Americans – distracts from the bigger, economy-shifting policies that are being enacted… policies that will have disastrous and lasting effects on our money and our way of life.

Andy’s calling what’s happening right now The Great American Deconstruction. It’s a movement so dangerous… so full of false promises and bad political choices… that it could destroy our freedoms and our hard-earned money. See how to protect yourself from it right here.