If You Want to Get Rich, Pay Attention 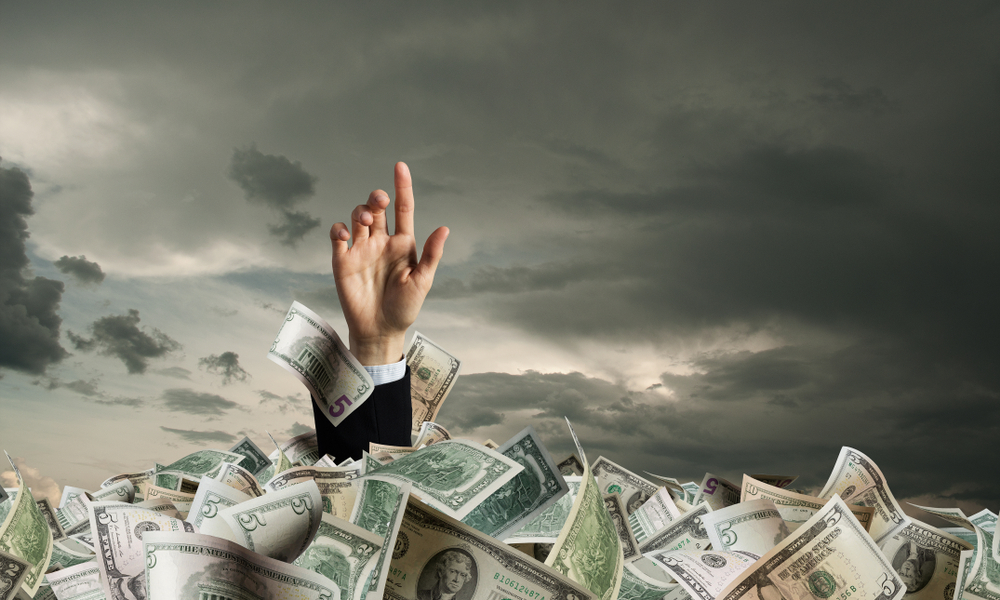 Editor’s Note: Are you sitting on some extra cash? Perhaps you received a stimulus check and aren’t quite sure what to do with it. You’re in luck. Andy just revealed the results of his once-a-month trading strategy… and they’re incredible! In his real-world tests, he saw gains as high as 718%. Click here for all the details. But hurry, this presentation is available only through midnight tonight.

If you’re looking to get rich, pay attention.

If you’re looking to preserve the union, hold your nose.

And if you’re looking for a good story that proves how insane things have become in America, keep reading.

This is a tale of big money and big rewards.

The fine folks at the FDIC recently sent us some crazy numbers. Its bean counters tallied up all the money that has flowed into the hands of the nation’s banks over the last six months… and the math is astounding.

It proves a point we’ve been trying to make since March – that the nation is awash in cash. Or as one analyst put it after seeing these same numbers… Banks are so flooded with cash, “They’re like Scrooge McDuck swimming in money.”

In all, some $2 trillion worth of cash has flowed into the hands of the nation’s banks so far this year. The number blows away all previous records.

In fact, in April alone, deposits soared by more than $850 billion. That’s more than the previous record… for an entire year.

Where’s it all coming from, you ask?

Don’t be silly. You know the answer.

That money is coming out of thin air.

That two trillion bucks is still wet from the printing press. And there’s more where it came from – trillions more.

It proves that all that new money pouring out of the Fed’s “magic money machine” will weave its way in and out of the stock market for years to come.

Most folks beyond the reach of the noxious bubble that covers everything inside the D.C. beltway know what’s happening is quite bad.

The bears produce metric after metric that shows why stocks can’t keep their pace.

They look at negative real interest rates (yields after inflation are factored in) and say stocks are doomed.

The Big Get Bigger

If we weren’t sitting on the chest of the free market, things would be bleak. The great pain in the data would prove real. Trillions of dollars’ worth of wealth would vanish.

But we’re not only sitting on Mr. Market’s chest… We’re burying his body with heaps and heaps of sopping wet dollar bills.

The big banks – some that still don the same names as the creators of the Fed – are loving it.

JPMorgan Chase is one of them. It saw its deposits soar by 18%.

Bank of America accounts are up by 10%.

And so on and so on.

Huge amounts of money are piling up within the economy.

There’s so much fresh money, in fact, that folks don’t know what to do with it all.

The big banks make their living investing your deposits. Every fresh dollar is leverage they can invest and turn into more dollars. They’ve got trillions of fresh money available to them… all ready to be sent to work somewhere.

And like we said… there’s more on the way.

While the dopes in D.C. fight over who to give what to next, they still haven’t managed to spend all they promised in the last round of free money.

If you recall, Washington announced about $6 trillion worth of stimulus in various forms. But more than $3 trillion of it still doesn’t have a home. Less than half of the cash has been, please forgive us for sounding like a bureaucrat, “directly appropriated.”

There’s so much free money sloshing around, in fact, that the number of companies willing to take the money under this payment protection plan is running out.

Right now, just as many companies are sending their money back as are taking fresh funds.

And yet… Washington wants to print and borrow trillions more.

Many folks say that money has no scale once it reaches the trillion-dollar level.

The figures, they say, are simply unfathomable.

Anybody who’s ever had a stash of cash burning a hole in their pocket can fathom what’s happening in Washington.

And what happens when we have a wad of cash that we’re oh so eager to blow on the first shiny thing that comes our way?

Somebody makes some easy money.

There will be ups and downs in this market. There always is.

But when big banks are swimming in freshly printed money, “like Scrooge McDuck,” it’s time to toss out the old rule books.

The numbers are scary… insane, really. But we haven’t seen anything yet.

P.S. This is NOT a time to be sitting on the sidelines. As the market climbs a steepening wall of worry higher, millions of Americans will be left behind. Don’t be one of them. I just revealed a simple once-a-month trading strategy that could put thousands of extra dollars in your pocket each month. But my presentation is available only through midnight. This opportunity is moving too fast. Click here now.