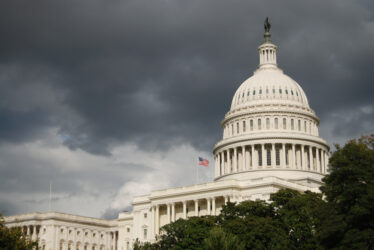 This year will be worse than last year.

That’s what the head of the International Monetary Fund said during a weekend interview.

The prediction isn’t worth all that much. The agency has lost much of its credibility. But the fact that the U.S., China and Europe are all in a recession or headed for one is undeniable.

China is in real trouble. For years, it’s provided a third or more of the world’s growth.

That won’t be the case this year. As its economy shrinks… the globe’s will join it.

In Europe, the trouble will be widespread. Half the continent’s countries figure to go backward this year. According to the IMF, hundreds of millions of folks will feel the pain.

Here in the States, you know the story. Going from boom to bust – or from drunk to hungover – always hurts.

But a recession isn’t the big threat.

But oh my, few things are natural these days.

As so much of what we publish in these columns proves, that’s where the trouble starts.

Just before we tipped our cap and bid adieu to a tiring year, the folks in D.C. made sure the year ahead would have plenty of land mines to keep folks on their toes.

A spending package that dumps another $1.7 trillion into the American economy got overwhelming support from lawmakers. Despite cries that it will fuel further inflation, just 29 folks voted against it.

The 4,200-page package stuffs money into every corner of the economy.

“This is one of the most significant appropriations packages we have done in a very long time,” Chuck Schumer said. “The range of people it helps is large and deep.”

We think he meant those words boastfully. He believes that sticking another needle into the flabby arm of Father Economy is just what we need.

Of course, once a bill is determined to be must-pass legislation, the pigs belly up to the trough.

Dozens of last-minute amendments were added to the spending package.

The bill provides funding for January 6 prosecutions… including $2.6 billion for federal attorneys.

It gives cash to families with children eligible for free school lunches. They’ll get $40 per child to buy their own food.

Colleges are celebrating too. Just as natural forces were bringing down the cost of tuition, Uncle Sam boosted grant funding… giving each Pell Grant recipient an extra $500 per year. Multiply that $500 by the 7 million students who receive the cash each year, and we’re sure to see some wonderful additions to the faculty lounge.

The U.S. Capitol Police force got a big boost, adding $132 million to its $600 million budget. It’ll use the cash to hire some 250 new employees. That’s in addition to the $2 million Congress is getting for increased off-campus security.

History shows that few good things happen when more guns are put between the people and their leaders.

Clearly the money is not needed for pandemic-related issues. But instead of clawing it back, our lawmakers are allowing folks to toss it blindly into the economy.

On its own, each addition to the bill has merit. The kids need to eat, right? And shouldn’t the folks in charge have ample protection?

Add it all up, though, and it’s trouble. We’re spending money we don’t have. And worse, we’re dumping cash into an economy that is hemorrhaging excess.

It won’t do us any good.

The big threats didn’t disappear with the new calendar. We need less spending… not more.