It’s tough out there.

Our early call for a recession in the second half of this year is, sadly, coming true.

Investors who haven’t adjusted their strategies or who are blindly holding on, hoping things will get better, are having a tough time.

But even in a sea of red, there are big gains to be had.

Here are five ticker symbols that prove it…

Alpha Metallurgical Resources (AMR) is having a hell of a good time. So far this year, shares are up more than 130%. Over the last 12 months, the party has been even better… Shares have gone up 850%. 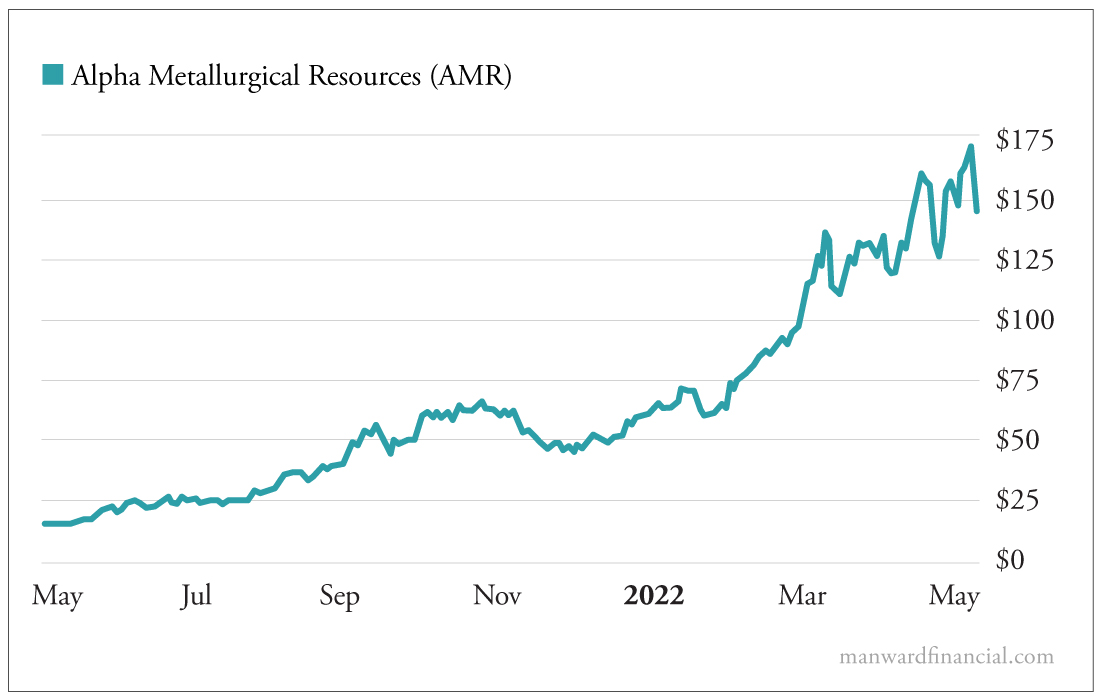 The company mines coal in Virginia and West Virginia.

It proves the immense value of contrarian investing. Folks with the nose to sniff out a good deal and the guts to get in when nobody else would are being rewarded handsomely.

Keep that idea in mind as the market’s current rout continues.

This is the dark before the dawn.

Peabody Energy (BTU) is another coal miner that longtime readers will be familiar with. Over the last 12 months, it’s up more than 250%. So far this year, it’s up nearly 110%. 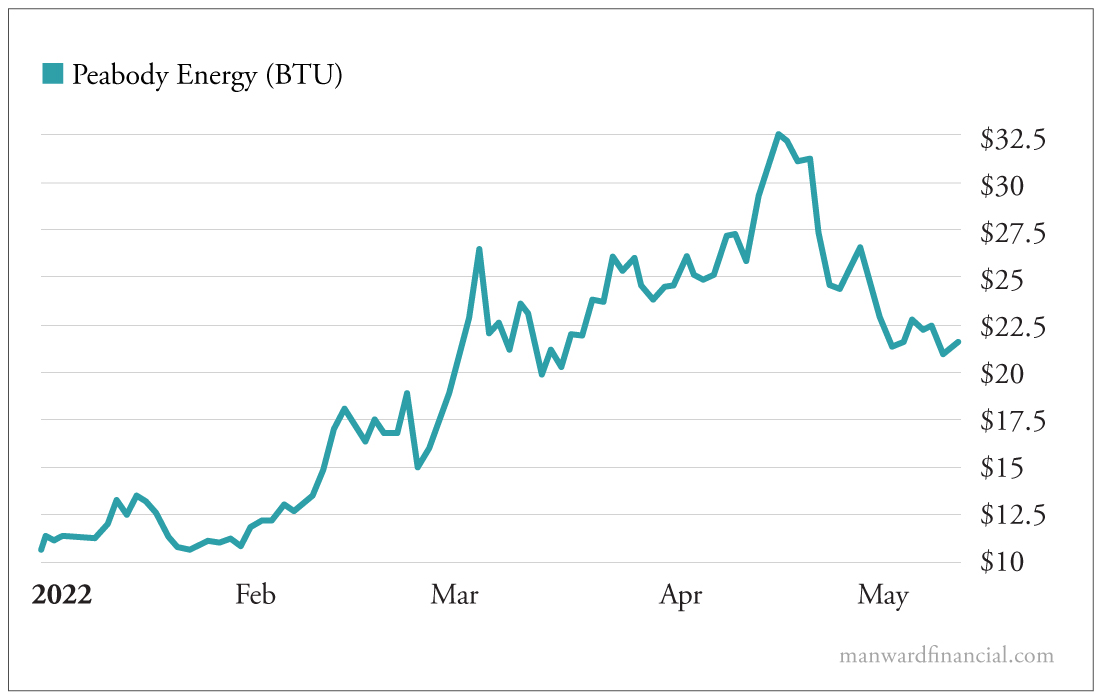 Why are coal stocks atop the leaderboard?

Washington has done all it can to push dirty coal out of the nation’s energy equation. Socially conscious investors have closed their eyes (and minds) and followed suit.

Valuations got dirt cheap. But it turns out the world is not ready to shun coal quite yet.

Demand is surging… and so are prices.

Forge Global Holdings (FRGE) is one that we’re particularly excited about. You’ve likely seen our work on pre-IPO investing recently. We’re making it a big part of the Manward mission.

Private companies and the investments they offer are some of the hottest opportunities on the planet.

Forge Global is helping to make things even hotter. It offers a private market for these once off-limits shares.

Think of it as the next Nasdaq or New York Stock Exchange. 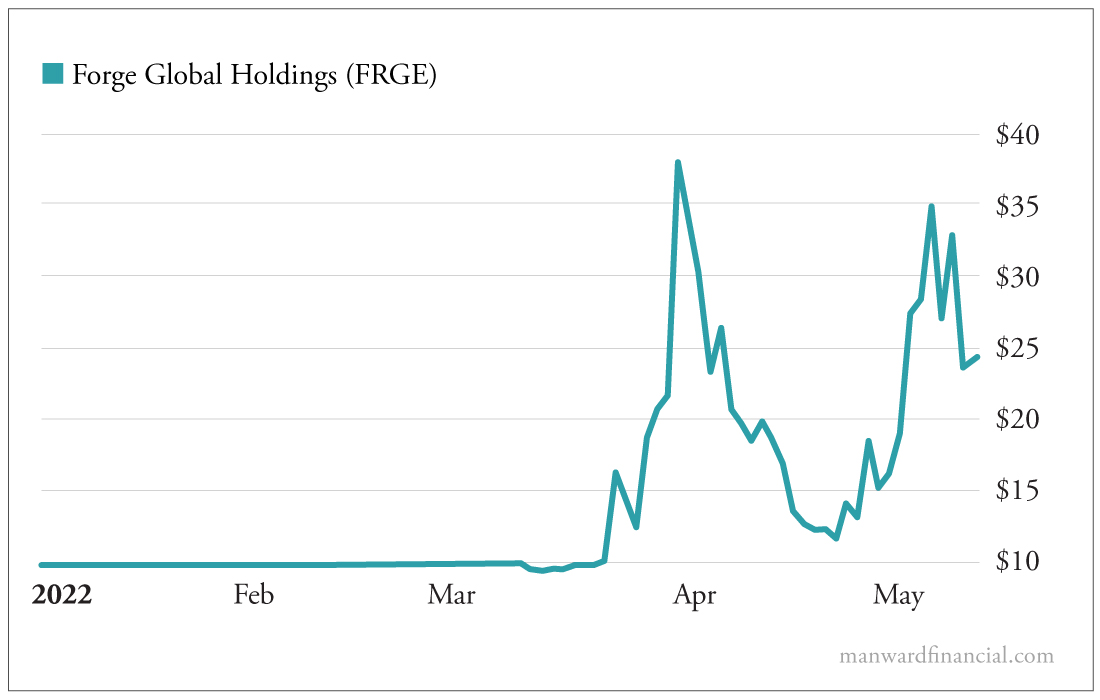 NexTier Oilfield Solutions‘ (NEX) 160%-plus run so far this year should come as little surprise. With crude prices soaring thanks to too much money chasing too few goods, demand for the company’s oil well services is booming. 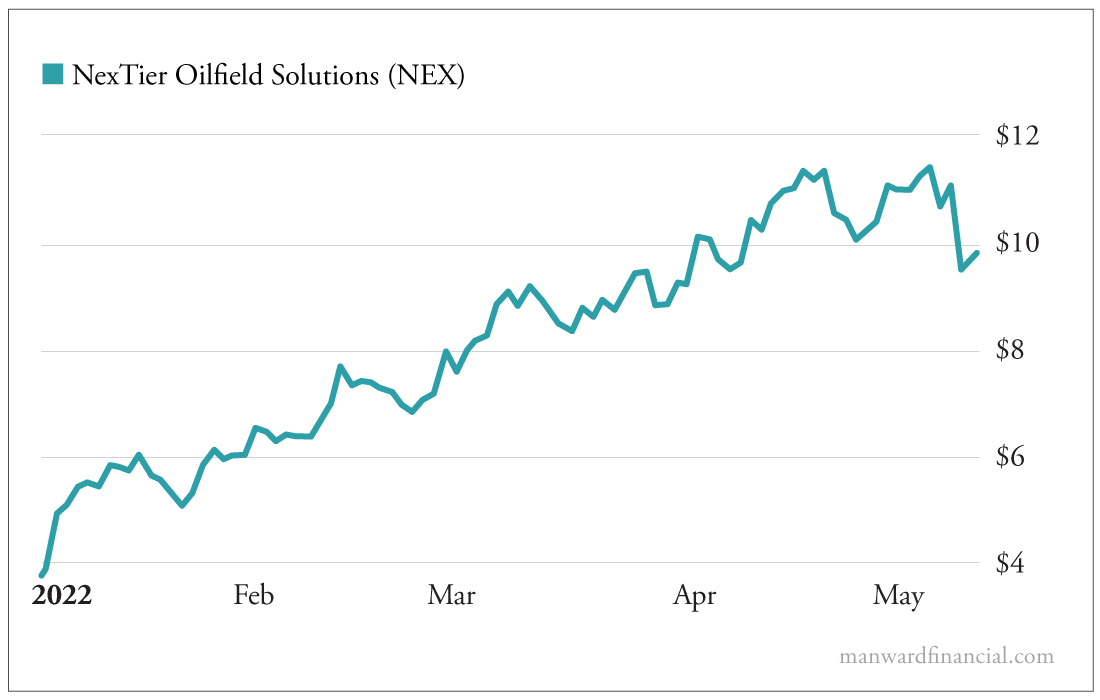 What’s most interesting about this company is that it’s not a traditional driller. It doesn’t put investor money at risk looking for high-quality wells or new wildcat deposits. Instead, it’s a contractor that comes to a site once all that risk has been washed away.

Its job is to help complete sites and get the oil out of the ground.

Finally, we had to dig a bit to find a deal that wasn’t tied to the energy sector, which is dominating the market these days.

But Nuvectis (NVCT), a tiny biotech that just went public (another of our favorite areas to focus on), is giving the sector a run for its money.

Since the company hit the market in February, shares are up more than 360%.

They debuted for just a bit more than $3 each. Today it takes about $15 to get a share of the cancer fighter. 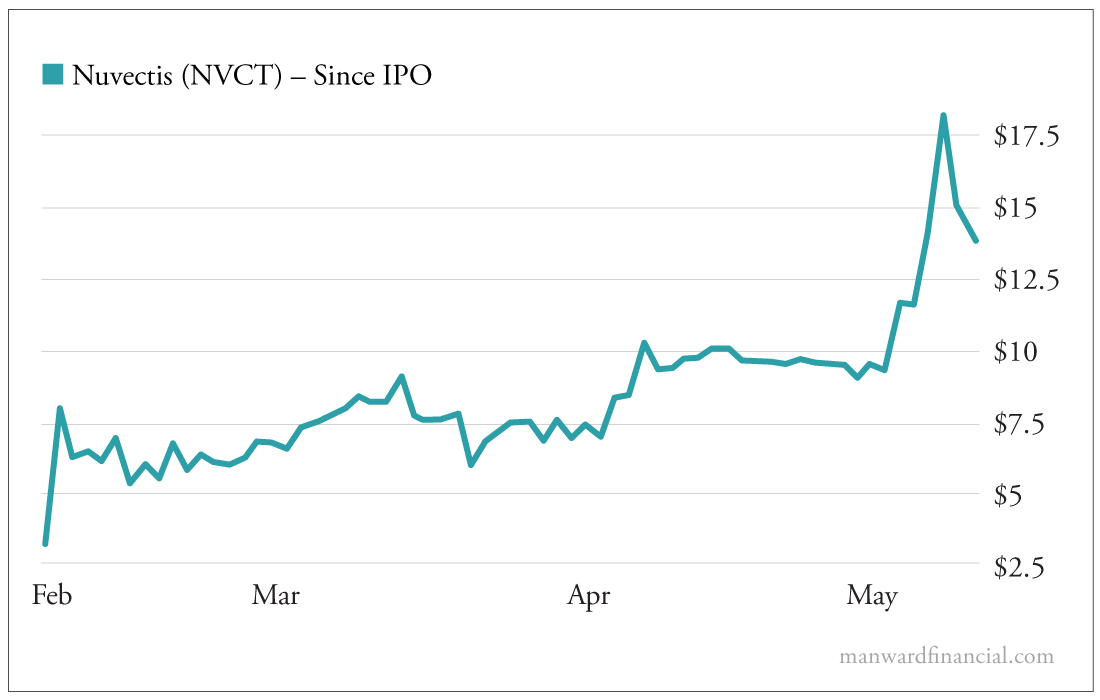 These gains prove, once again, that the contrarians are out in front.

Volume indicators show that retail investors are throwing in the towel and getting out of the fight. Only the most contrary of the contrary are hitting the bid button.

History – and the latest market winners – prove that it’s today’s tough-gutted buyers who will win big. 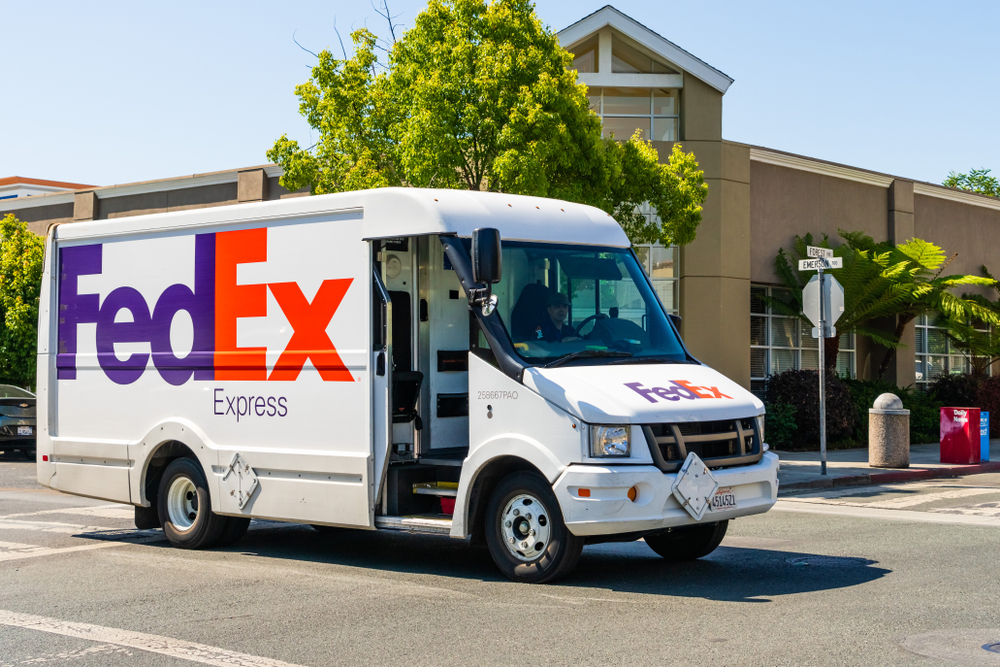 Buy This Stock Before June 1 (Here’s Why)

You don’t often see a duopoly like this… It is considered one of the strongest barometers of the strength of the U.S. economy…