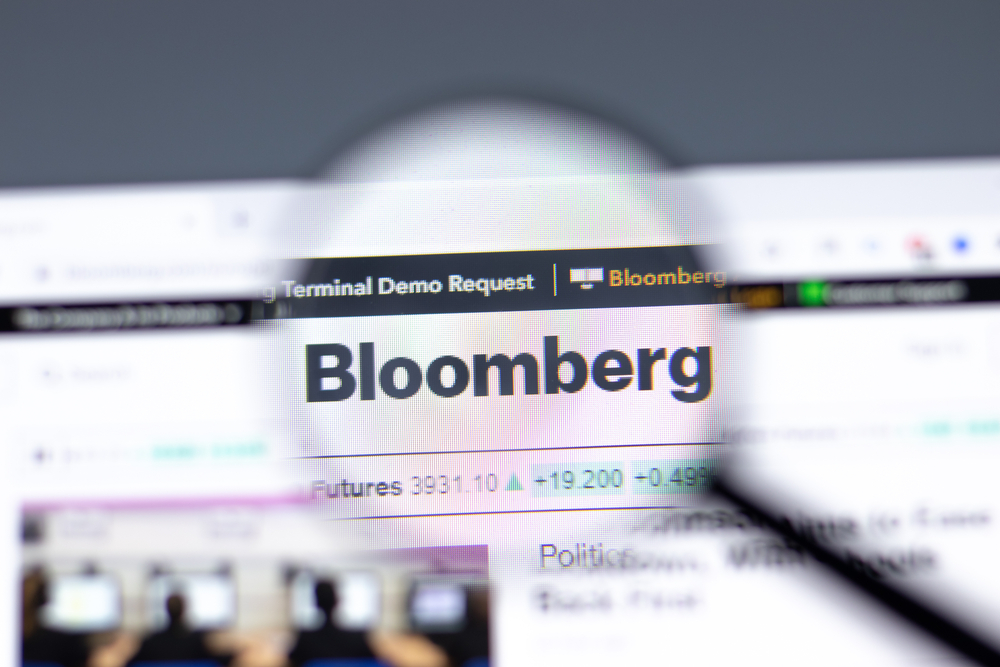 Flat out… no punches pulled… Patient investors will make a killing in this market.

Those who panic will get slaughtered – even more than they already have.

We didn’t truly learn the difference between the two ideas until we started raising bees.

What a mess that process is.

We start the hive in early spring. If we’re lucky and really push things, we may get a bit of honey by fall. But that’s just a tease. The real payoff comes the following spring… some 14 months after we started the hive.

But a whole host of things can go wrong.

Diseases… pests… weather… stupid humans… They can – and we do – set things back.

One mistake, and you’re waiting another year for the payoff.

But when it comes, it’s pure bliss… gallons and gallons of such sweet and valuable nectar.

It’s worth the hair-pulling turmoil. Then again, most difficult things are.

That’s why we found it curious and fortuitous that the folks at Bloomberg have done a bit of patience-building on their end of things.

Maybe they know people need a taste of the barrels of honey that will come at the end of this storm.

The folks behind the news (read that however you will) interviewed the leading movers and shakers of the finance world. They asked them to imagine the markets in 2052.

Oh my… That’s a long way off, you may think.

If you could have invested in 1992 based on what you know today… we bet you would have done it.

More to the point… Would you have waited until today to get your pennies in a row?

The big theme in the answers to Bloomberg’s question – despite this week’s crypto sell-off – was the digitization of not just money… but everything.

The forecasts from the head of the Nasdaq exchange, Adena Friedman, should get the greedy drooling.

“The technology will exist to allow for every asset on the planet to be digitized and available to be bought and sold in an instantaneous way,” she said.

So what are the technologies that underpin that? I think moving markets into a cloud infrastructure is going to be a critical component. Bringing more machine learning into market decisions, into crime management, into managing markets for fairness. And then I definitely think that the ­digital-asset ecosystem will mature very materially, to become mainstream.

Hmm… So all this digital talk isn’t just a speculative bubble?

Well… given the moves to start the week, a lot of folks.

The Tech of Techs

David Solomon, however, is right. He’s the CEO of a little company with a lot of power… Goldman Sachs.

“I happen to think that blockchain technology is an early version of technologies that will ultimately be used to further digitize the infrastructure of financial services,” he said.

Like we said… imagine investing back then with the knowledge we have now.

So many said the web was just a fad, something only the academic crowd would find useful.

We beg to differ.

Now Twitter is ablaze with idiots… and the academics – at least the smart ones – want to pull the plug on the whole darn thing.

Bloomberg got ahold of the folks at Citigroup too.

They’re never much for pushing their own book or getting too hyped up. But CEO Jane Fraser said some things that may be opening eyes this week.

“There are fundamental changes on the horizon that will reconstruct the infrastructure of global markets and the architecture of finance as we know it today,” she said.

We’ve been talking a lot about the subject… especially with our Manward Executive members.

But we’ve got the pen every day. We’ll let Fraser say it in her own words.

Get out the drool cups…

We are moving toward a boundless virtual economy in which markets do not open or close, digital asset on- and off-ramps are limitless and metaverse activities are widespread. Digital assets will be widely embraced and securitized, and we will see asset “avatars” that exist in more than one form between traditional assets, digital native assets and tokenized versions of traditional assets.

Yep… we’ve covered it all.

In this world, market participants will be able to respond to “after hours” announcements and overseas events at any time of day and across time zones. The 24/7 nature of these transactions will reduce operational risk, streamline payments across platforms globally, and enhance the consumer and client experience.

She concludes right where we do…

One thing is certain: 2050 will be virtual, and it will be boundless.

We get it. Thirty years is a long way off.

Our doctor still looks at us with concern when we mention our investments in green bananas. But let us remind you… the big profits won’t be made all at once in 2052.

Amazon… Google… and Microsoft didn’t soar and then plateau.

In the stock market, 30 years of gains can come in just a day or two.

Those are the days you don’t want to miss.

Patience doesn’t mean waiting to get in.

It means getting in… and not getting out.

As you may know, we recently had a big interview just like the one from Bloomberg… even bigger perhaps.

We sat down with famed TV and radio commentator Buck Sexton and talked about what all this digitization means… and where big money could be made TODAY.

Given all that’s happening and the huge profit opportunities at stake, it’s no wonder we dubbed it The Generational Wealth Summit.

Generations will be affected by the moves we make today.

It’s an opportunity that could be 10X bigger than crypto… if not more.

If you haven’t watched the video yet… here’s your chance.

And if you have watched it, give it another view with all those wise words above in mind.

We’re no longer the lone voice on all this.

A chorus is singing behind us.

Have some patience while the out of tune find their pitch.

They’ll be singing along with us soon enough.