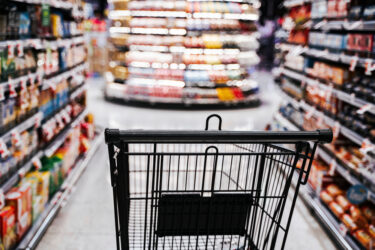 A Note From Amanda: Prices continue to soar… but for some commodities, high inflation isn’t the culprit. Instead, it comes down to gross mismanagement and a failure to respect the rules of nature. Joel explains below…

I just reread some of E. F. Schumacher’s classic Small Is Beautiful. I was looking for a passage to include in a book I’m working on.

I enjoyed his discussion of tension in the book. He applied tension to virtually everything.

As an economist, he understood the importance of balancing accounting books. But he saw the tension between income and expenses – or assets and liabilities – as having applications that went beyond business and finance.

Although he didn’t mention all these, I’ll riff on his theme a bit and list some interesting tensions.

I’m reminded of Joel Arthur Barker’s book Paradigms – another classic – which lists many axioms. One of those axioms is that every paradigm eventually exceeds its point of efficiency.

The two great thinkers I mentioned above bring understanding to an issue that’s getting plenty of attention… the current nationwide shortage of eggs.

Some 58 million birds have died in the last 12 months due to highly pathogenic avian influenza. Most of those deaths, of course, were not directly caused by the disease. When just one bird is found to have the virus, the whole flock is exterminated – it’s a scorched-earth health program.

Buried almost like a footnote in the media stories about quadrupling egg prices is the little note that, according to The Wall Street Journal, “Prices for conventional eggs exceeded prices for specialty eggs – such as brown or organic eggs – for the fourth quarter in a row.”

This pricing anomaly is bizarre and is noted without any explanation.

Wouldn’t you think a journalist would wonder why?

As a pastured egg producer – meaning I produce specialty eggs – I’ve been accused of being a food elitist at best and a poultry bioterrorist at worst for refusing to vaccinate or medicate my chickens or confine them in factories.

You mean my kind of eggs are suddenly in the driver’s seat? Why?

We return to Schumacher and Barker.

Bigger Is Not Better

There are huge tensions in the food and farm sector between bigger vs. smaller and orthodoxy vs. unorthodoxy. The egg industry, like many industries in the agricultural sector, promotes bigger, bigger, bigger.

I’m convinced that the dairy industry’s conception of the perfect cow is a massive animal with four teats feeding four massive milk pipes extending to the four corners of the country… and that the poultry industry’s conception of the perfect chicken is a massive bird that lays 10,000 eggs per second to be shipped all around the country.

Nobody in the poultry industry suggests that we should build smaller houses – or even no houses at all – or that we should have chickens that lay 260 eggs per year instead of 340.

These birds are squeezed into the tightest quarters that still allow them to survive and crutched up with medications, lights and mutilation (debeaking) so they can hang in there way beyond the point of efficiency.

But this way of thinking eventually collides with nature’s balance sheet. The day comes when additional assets become liabilities.

Meanwhile, politicians wring their hands about eggs prices, as if Congress could wave a magic wand and fix the shortage.

The problem, dear folks, is that a “cheap food” policy and a mechanical industrial food mentality have colluded to upset nature’s balance.

Is it possible that what the media calls “specialty eggs” come from chickens raised in conditions that offer more balance?

The answer is a resounding yes.

If these chickens aren’t as susceptible to disease, wouldn’t you think someone in the industry would wonder why? And perhaps adopt some of the smaller, more spread out, more nutritive, dialed-down genetics?

Of course not. That would be admitting that industry experts exceeded the balancing point. It would say the unorthodox view has merit. No, that could never happen.

I wonder how many more birds need to be exterminated before someone somewhere has the epiphany that his reach has exceeded his grasp.

What journalists call “specialty eggs” are not raised in an industrial context. Farmers like me, who raise specialty eggs, consider hen happiness, biological habitat and ecological balance.

The industry considers none of this and bumps against the rules articulated by great minds like Schumacher and Barker.

Truth is timeless. It applies to every facet of life, including eggs.

Food is life, and life is far more complex than manufacturing.

The sooner mainstream American consumers and their agricultural suppliers understand this, the sooner we’ll have healthier hens, healthier eggs and healthier people.