These Alternatives Are Hacking Away at the Dollar 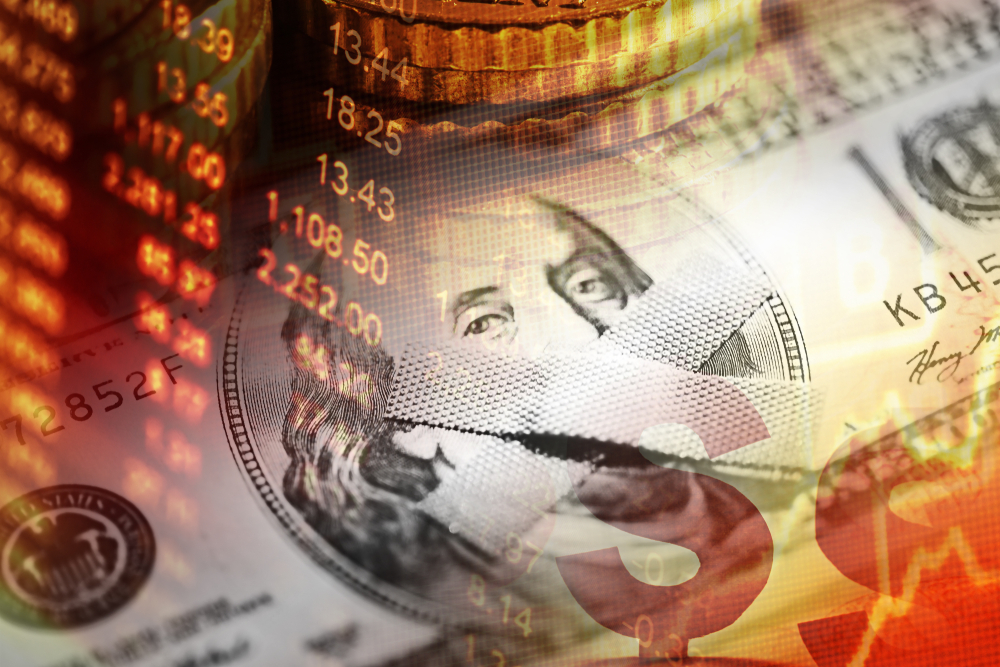 Our old farm sat abandoned for nearly a generation. After years of neglect, the invasives have made their stand.

Some of the more aggressive natives give us just as much trouble. Wild grapevines love the transition from forest to field. Given enough time, they’ll create a net around a tree that only a chain saw can break through.

We recently spent some time hacking and slashing.

Everything needs a healthy thinning every now and again… including the mightiest of oaks, the dollar.

Race to the Bottom

If you’ve been tracking the fate of the greenback, you know it’s having a tough time these days.

It’s lost more than 10% of its value in the past year. Some say it will lose twice that much within the next year.

Many folks will read those lines and shrug their shoulders. A falling greenback is great for stocks, they’ll say.

Even more, all of this is old news.

Indeed, we’ve been writing about the “race to the bottom” for well over a decade. America’s sovereign brethren have been doing all they can to make their money – and therefore their exports – cheaper than the next guy’s.

Vietnam and Switzerland both earned the title of “currency manipulator” in recent times.

China has been on and off the list and currently joins a group of nine others on the Treasury’s watch list (a popular concept in D.C. these days). It’s in good company with Japan, Germany, Korea, Singapore, Malaysia, Italy, Thailand, India and Taiwan – all the countries that fill up your local Walmart with cheap niceties.

The markets have yet to punish the dollar for its role in the race to the bottom for one simple reason. It’s something we’ve written you about before.

They assume the old oak is mighty and strong… that it will shade out the invaders and keep growing toward the sky.

The idea is as popular as it is wrong.

We remember a lunch we had with a Federal Reserve researcher a few years back in Atlanta. He was a smart guy. But it was clear he was doused with the assumption.

He touted the line of the masses, “There is no alternative.”

For nearly a century, he and his ilk have been right.

But soon enough, the invasives gain a hold. Their roots stretch beyond the mighty oak and soak up the water it needs.

History in the Making

That’s where we are today – masses of folks blindly walking about, mumbling about the great assumption. There’s no alternative, they say.

Ah… but there is.

The world no longer relies on gold.

The petrodollar – the next best thing – has faded away.

In its place, the once puny invasives are gaining hold.

In 2016, China’s yuan got a coveted spot in the International Monetary Fund’s hefty basket.

The currency transformed from a noxious weed to a prized fruit.

The country’s economy has grown by 30% in the five years since. America’s GDP, on the other hand, is up by a mere 11%.

Of course, it’s not just China.

When the race to the bottom took off in 2008, Bitcoin was a seed that had yet to be planted.

Today, more than $62 billion of the digital money changes hands each day. And on their platforms, companies like Square and PayPal are treating it much the same as the dollar.

The “no alternative” argument no longer holds.

And they’re no longer invasive.

After years – perhaps generations of mismanagement – the mighty dollar has some fierce competition from the scrubs below.

Now it’s up to the man with the chain saw.

Does he have the guts to trim where it counts, or will he walk away and let the forest be overrun?

Our money is on the weeds.