Editor’s Note: Readers know Andy is a volume guy. Tracking buying and selling activity is a key part of his trading success. And our good friend Alexander Green – Chief Investment Strategist at The Oxford Club – agrees. But as you’ll read below, his strategy focuses on a specific group of buyers and sellers… and it’s the secret to his successful investment research service, The Insider Alert.

Alex recently put together a groundbreaking presentation where you’ll learn about his strategy, which has proven to beat the S&P 500 by up to 2,000%. Even better, using this strategy, investors had the chance to land a 780% gain in just 12 days.

And right now, top-level insiders are pouring into a little-known aviation company that’s trading around $5 a share. Alex says this is his “top stock pick of 2022.”

Click here to watch his presentation… but hurry. It will be taken down at midnight ET TONIGHT.

We’ve all seen it before…

A company announces an earnings miss… a product recall… a reduced profit outlook… and its shares plummet.

Should you step up and buy? The best answer is not immediately.

So bad news is often followed by weeks of institutional selling that puts pressure on the stock and makes it prudent to wait before buying the stock if – indeed – you should buy it at all.

However, there is one glaring exception to this rule: when the insiders load up on the stock themselves.

Corporate executives and board members have an advantage when they trade their own companies’ shares.

They have access to all sorts of material, nonpublic information about the future prospects of the business.

That’s why the federal government requires insiders to file a so-called Form 4 with the SEC, detailing how many shares they bought on what date and at what price.

This is valuable intelligence indeed.

Over the past decade, he has been a sporadic buyer of his company’s stock. And his timing has been extraordinary.

At each point, he stepped up to buy when the market was punishing the shares.

For example, he bought a half-million shares in January 2009, when the financial crisis was in full swing and bank stocks were getting brutalized.

His timing wasn’t perfect. (It would be two more months before the market hit rock bottom.) But it was darn good, with shares bought as low as $22.93.

In July 2012, he bought another half-million shares, right after the stock got hammered by the London Whale trading debacle that resulted in a $6 billion loss at the bank.

And he purchased another half-million shares in January 2016 after markets tumbled on an oil price meltdown and fears that China’s economy was coming in for a hard landing.

Even after the dramatic sell-off in bank stocks in 2020, JPMorgan was substantially higher.

Think back to the second half of March 2020 when the market was in a full-blown meltdown.

Pundits argued back and forth about how much further the market might fall.

But corporate insiders did something entirely different. They used the market crash to make seven-figure purchases of their own companies’ shares.

And Michael Calbert, an AutoZone (NYSE: AZO) director, bought over a million dollars of the stock at $870. It gained more than 181% in just under 21 months.

Do you see a pattern here?

Don’t get me wrong. No investor bats a thousand, regardless of his or her investment approach.

But when the officers and directors who run a company buy millions of dollars’ worth of their own companies’ stock with their own money at current market prices, it doesn’t get much better than that.

If you’re looking to improve your investment returns, ride the coattails of knowledgeable insiders.

It’s the best – and safest – way to gain a reliable edge. 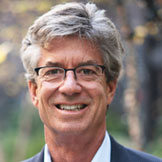 Alexander Green is the Chief Investment Strategist of The Oxford Club and a primary contributor to Liberty Through Wealth. He has more than three decades of experience as an investment analyst, portfolio manager and financial writer. He directs a monthly financial newsletter, The Oxford Communiqué, along with three specialized trading services: The Insider Alert, The Momentum Alert and Oxford Microcap Trader. Alex is also the bestselling author of four books: The Gone Fishin’ Portfolio, The Secret of Shelter Island, Beyond Wealth and An Embarrassment of Riches.