Today is a special day.

You already know that, though. Schools, banks, businesses and, of course, the government are shut down.

They’re celebrating what many folks consider the unofficial start of summer.

But we’re not celebrating… at least not like most folks.

On a day like today, there’s not a whole lot worth celebrating. But there’s plenty to remember.

We ask that you join us.

Few folks know it – such national spirit isn’t all that celebrated these days – but at 3 p.m. local time on Memorial Day, the country is ordered to pause and observe a National Moment of Remembrance.

It’s when we’re asked to stop whatever we’re doing and take just a moment to remember the many honorable men and women who gave their lives in the name of country.

Step outside at 3:00. Find a quiet spot. And ponder the force, the dedication and the steady stream of heroism that it takes to keep evil at bay.

Listen quietly enough, and you may even hear the train whistle of engineers across the land giving a traditional, unified blast as they speed across the land of the free.

And if you’re brave enough, you can put names to the faces we will honor this afternoon by clicking here.

As we celebrate our Liberty, those are the heroes we must thank.

The Truth Behind Our Three-Day Weekend

You see, most Americans may think of Memorial Day as a time to head to the beach, hop in the pool or fire up the barbecue. But that was never the intent.

As fans of Liberty, it’s important we know and share the truth.

This holiday, of course, wasn’t always known as Memorial Day.

Originally, it was observed on May 30 and was dubbed “Decoration Day.”

It wasn’t until 1971, when Congress declared it a national holiday and moved the celebration to the last Monday in May – forever ensuring American vacationers an economy-boosting three-day weekend – that it became what we now know as Memorial Day.

Although modern “traditions” have skewed the holiday into a day of parties and picnics, the holiday wasn’t always so happy.

The tribute got its start shortly after the Civil War.

Sure, America had seen her share of battles and wars prior to the “Great Rebellion,” but none were as bloody or of as broad a scale as the Civil War.

The battles up and down the East Coast marked the first time in the life of our then-100-year-old nation that nearly all local cemeteries filled with the fresh graves of the sons and fathers, brothers and uncles who died fighting.

It was a moving sight for war heroes like Gen. John Logan, who ordered so many of those men to pick up their guns and fight until their deaths.

He knew they must be honored.

So in 1868, he made the following proclamation:

The 30th of May, 1868, is designated for the purpose of strewing with flowers, or otherwise decorating the graves of comrades who died in defense of their country during the late rebellion, and whose bodies now lie in almost every city, village and hamlet churchyard in the land.

Imagine the scene that first year.

The flowers dotting the countryside on that late-spring day must have been gorgeous… and inescapable.

Some 620,000 men had been carried to their graves over the previous seven years.

And although the gray smoke that choked so many battlefields had wafted away just 11 months earlier, the pain of the war remained intense.

The only things left to wash the blood from the fields were the tears of the millions of widows, daughters and mothers left behind.

Logan and his fellow survivors had plenty of graves to decorate.

Today, though, the number of heroes who died for our country is far greater than even the brave general could have envisioned – more than 1.3 million.

But the need to honor those men and women seems to have waned.

For, today at 3:00, most folks won’t be bending over to place a wreath on a headstone. They’ll be reaching down to grab another beer out of the cooler.

Celebrate all you want. Take no shame in it.

But please remember not what we’re celebrating… but whom.

The beauty of our nation shines every other day of the year. Today, the beauty should be glowing from atop the graves of our heroes.

We’ll wrap up with some words from Henry Wadsworth Longfellow in his poem “Decoration Day.”

Your silent tents of green
We deck with fragrant flowers;
Yours has the suffering been,
The memory shall be ours. 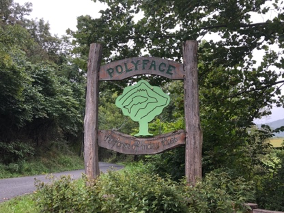