This “Golden Rule” of Personal Finance Is Bunk 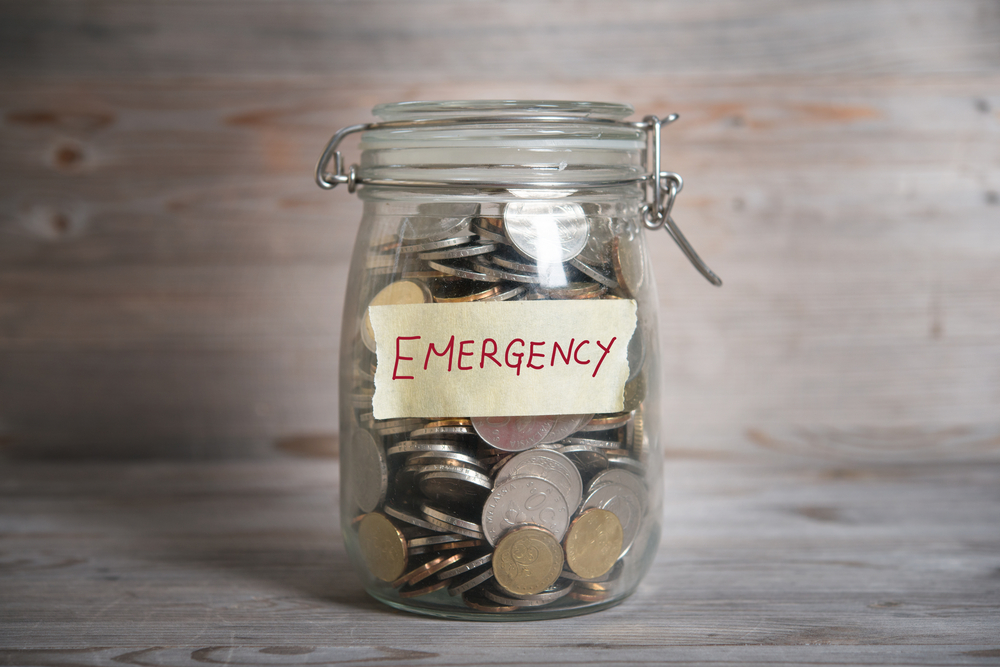 It’s no coincidence the savings rate in this country spiked at the same time as the stock market hit its lows.

The folks who stashed Uncle Sam’s mailbox money in the bank are still sitting on their $1,200.

The folks who put it in the stock market are likely sitting on a whole lot more.

It’s with that regret-stirring notion that we dive into a very personal and very controversial topic.

But then again… that’s when we know we’re doing what’s right.

That’s when we know we’re bucking the trend and tossing off the chains of mediocrity.

In our 20 years of studying, researching and writing about money, we’ve come to a simple conclusion.

Most literature on the subject of emergency savings is bunk.

Save three to six months of your living expenses, it says.

Young adults hear it and cry.

Retirees hear it and sigh.

For the young, this “golden rule” of personal finance is an impossible task. Their expense-to-income ratio is at the worst levels of their lives.

They’re working with the lowest salary of their career… and, thanks to our oh-so-rich college system, they likely have an immense monthly burden.

They’ve got rent or a mortgage. Student loans. A car payment.

And if they’re lucky enough to do it… the last thing we should tell these folks is to put all that cash into a do-nothing savings account.

That’s setting them up for one of the biggest rip-offs of their lives.

At the other end of the spectrum, we’ve got folks with million-dollar nest eggs, no mortgage, no debt and reliable Social Security income.

Many of these folks are sitting on an oversized pile of cash… cash that’s doing nothing for them.

It takes us to an idea that, again, none of the personal finance literature dares to cover. It’s too complex. Too nuanced.

The truth is a safety net isn’t about a cash stockpile.

It’s about liquidity… and putting your money where it’s treated best.

You’ve surely heard the “rule” that tells us if we need cash for an expense within the next two years, it shouldn’t be in the stock market.

Like a lot of things, it makes sense on paper. But out here in the real world, all sorts of things start to jumble the idea.

Savings now pay no interest. That wasn’t the case when these “rules” were written.

There’s the fact that stocks are zooming… for now.

And here’s the big one… the thing that so many folks overlook. Emergencies don’t come with timelines.

That’s the one that costs so many folks so much money.

Insurance or a Death Sentence?

Look… let’s get this out of the way. We’re not saying having a stash of cash is bad. We’ve got one.

But we must understand it comes with a massive price tag… and it’s a price tag, thanks to the massive manipulation of our economy, that is getting bigger every day.

To tell a new college graduate to put $20,000 into the bank today – before making any other long-term financial moves – sets them up for a lifetime of mediocrity.

The downside protection is not worth the upside loss.

For example, the textbooks tell us to keep our stockpile out of the market because the market may be down when we need the cash the most.

But with the very worst of timing and luck, a young person may have to tap his savings when the stock market is down 50% (if the saver invested at the high, mind you).

To see how we get there, let’s look to the future.

What if fortune truly does favor the prepared and the youngster never needs his emergency stash?

That’s quite an emergency fund.

Again, the downside protection doesn’t match the loss of upside.

Instead of following the “rules” and staying away from one of the greatest wealth machines in history, our youngster would have been much better off focusing on, as we said above, liquidity.

In this case, that means having multiple streams of income… not a stockpile of cash.

That means having the ability to quickly get a second job if he needs it.

It means having the financial “margins” to get credit if necessary (and not be tapped out to the very last penny with student loan debt).

And it means, of course, being willing to cut expenses when necessary.

The same is equally true for the financially mature…

Jeff Bezos, using an extreme example, doesn’t need a savings account with 50 grand in it just in case his roof springs a leak. He can sell a few shares of his company to pay for it.

But, Andy, the critics say, he might sell at a low… and he’s selling an asset that makes him money.

But he might sell at a high. And cash will never make him money. It has no chance of appreciation.

A financially secure fellow like Bezos – and many retirees – would be much better off keeping his money in shares of Amazon than keeping it in cash.

Yes, shares may be down 25% from their highs when he needs to sell. But they may be up 200% from their lows.

Too many investors missed out on the greatest bull run in history because they were too timid to make their first move.

But please don’t think the stock market can’t be a part of it.

The textbooks want to keep you afloat.

We want to ensure you get ahead. Cash won’t do it.

Mainstream logic has led investors astray over the past decade. Send us your examples at mailbag@manwardpress.com.