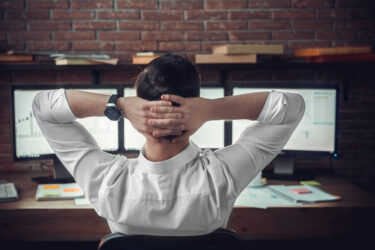 In May 2022, Jamie Dimon infamously predicted an economic “hurricane” would barrel toward the U.S. this year.

Now he’s not so sure of his forecast.

Last week, he said we may be in for just a mild recession.

Across the pond, German Chancellor Olaf Scholz either is a liar or truly believes his country is in good shape.

“I’m absolutely convinced that this will not happen – Germany going into a recession,” he said earlier this week.

And in China, where just weeks ago calls were panicked and worrisome, leading emerging market bank Standard Chartered now says the country’s economy will be “on fire” during the second half of the year.

Looking at the latest domestic GDP figures, the bullish sentiment in the U.S. seems warranted. The current reading of the Atlanta Fed’s much-watched GDPNow tracker has the American economy growing more than 4% this quarter.

All the selling… the layoffs… the worry…

It was all overdone. All for nothing. Right?

Let’s look at a chart… 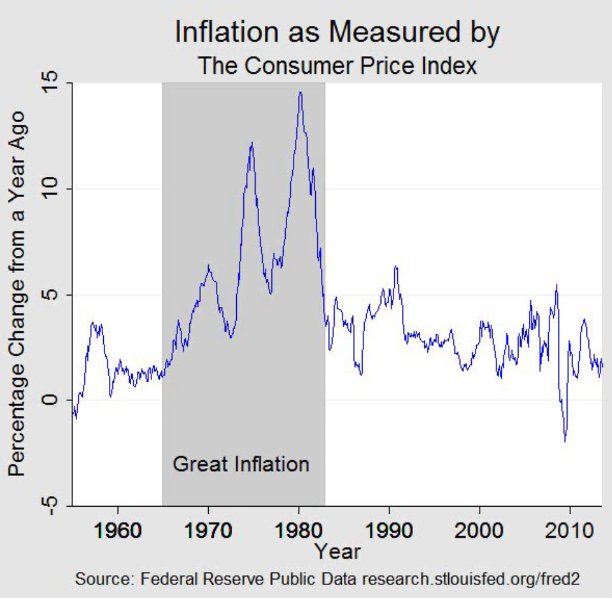 Inflation as Measured by CPI

Folks are making a grave mistake when they compare what’s happening today to the inflation of the 1970s.

It’s like childbirth. If it were remembered perfectly, no woman would want a second child. But with time, our memories fade… and off we go, waltzing into the bedroom.

If we dared to dive into the details of what happened in the 1970s, we’d see that it’s utterly wrong to think there was just one bout of inflation. There were three.

In a paper published by the University of Chicago, Alan Blinder detailed the three distinct periods, which are clearly shown in the chart above.

From 1972 to 1974, the economy dealt with rising prices created by surging food and energy costs, along with the end of Nixon’s dubious price-control scheme.

Inflation surged to close to 7% before the economy and the American people caught their breath. Blinder reports that it was as if inflation went away “by itself.”

The headlines touted the end of rising prices.

But they were wrong. Just two years later, prices soared by double digits… before, whew, falling back to a more modest 5% rise.

Round two caught lots of folks by surprise. It hurt. But surely that was the worst of it, they thought. The government had saved them all.

Nope. Rising food prices started a big, ugly run in 1978 before losing their time in the spotlight to soaring energy prices in 1979. And by 1980, it was surging mortgage rates that were the primary driver of inflation.

If it’s true that history repeats itself… well, we don’t have good news.

All the calls we’re seeing today for a very shallow recession or even no recession at all are quite shortsighted. In a 24/7 media environment, it is no surprise. The headline writers can’t think past tomorrow. Their corporate sponsors wouldn’t have it.

We mustn’t be so shortsighted ourselves.

Recessions are never fun. But as a hurricane stirs up the atmosphere, cooling the area it passes through, a recession keeps things from overheating.

A recession will come either today… or tomorrow.

If we don’t get a recession this year, inflation will come roaring back, and the pain will be even worse.

Equilibrium must be met.

We’re certainly not there yet.