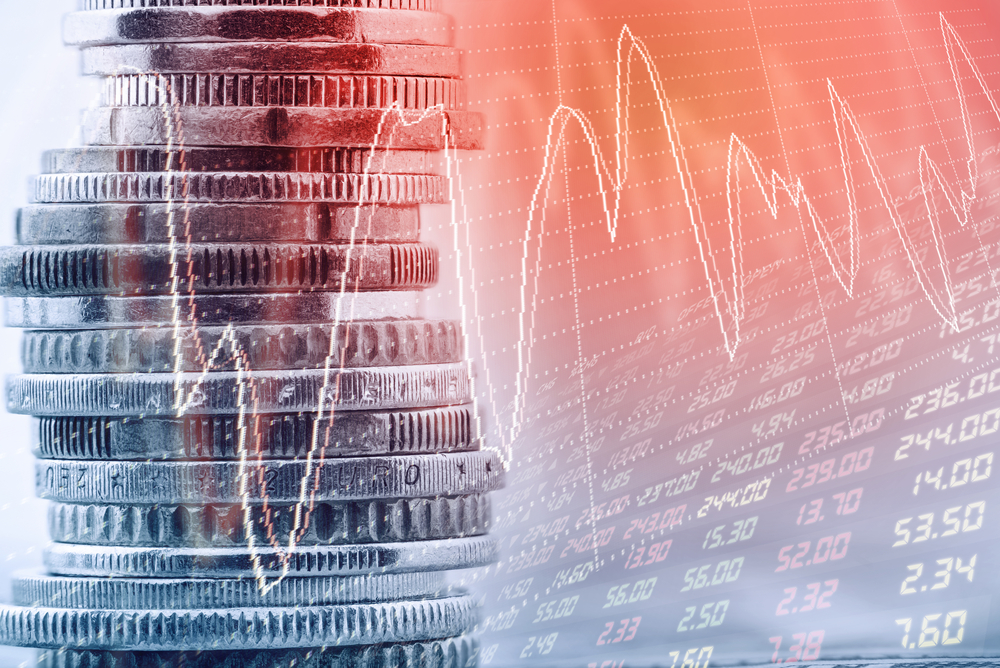 We’ve got some investing how-to for you this morning.

It’s important. Understand this concept and you’ll not only increase your odds of making a large sum of money in the stock market but also do it with less risk.

We’ll use Oracle (ORCL) as our example.

Its sales have grown by just 10% over the last decade.

Its margins have been virtually flat.

And competition is fierce and growing rapidly.

It’s not the sort of business a textbook would tell us to buy. But shares of the company are up by 80% in the last decade.

It’s another reason we hate textbooks.

But why? Why would a slowly growing company, with subpar products, see its shares nearly double in value… despite sales and earnings remaining flat?

This is the question that countless investors asked over the last decade. And because the textbooks offered the wrong answer, it kept those wary folks on the sidelines of one of the greatest bull markets in history.

Thanks to the ultra-cheap debt created by our pals at the Fed, the company managed to buy back more than 40% of its shares.

When we do the math, our dusty but trusty abacus tells us the action is responsible for some 70% of the rise in the company’s share price.

In other words, if not for the company dipping into the market to buy its own shares and increase the value of what remains, Oracle would have seen its shares rise by a percentage much closer to its sales and profit growth.

So if you made money from Oracle, don’t thank Larry Ellison… Send a card with warm words to Ben Bernanke, Janet Yellen and Jay Powell.

They’re the real drivers of corporate wealth these days.

And here’s the thing… we haven’t seen anything yet.

If you think the oh-so-hated bull market of the last decade was confounding, wait until you see what’s next.

Thanks to the Fed directly buying corporate debt (a perfect example of the slippery slope of quantitative easing), this buyback trend is about to explode higher.

The super-strong company has more than $100 billion in cash. In a move few other companies could dream about these days, it could pay off all its debt and still have enough cash left over to buy a company the size of Starbucks (SBUX) or Caterpillar (CAT).

The iPhone maker has used a slice of that cash to buy back more than 5% of its shares each year for the past seven years. More than a third of its shares have been taken off the market.

It’s been a tremendous boon for shareholders… especially because revenue and earnings were down last year.

But the action is only going to get hotter.

The Fed has stepped into the game. It just announced the details of its Secondary Market Corporate Credit Facility… which we’ll call the “buyback ATM” for simplicity’s sake.

Through this deal of deals, the Fed will buy the debt of companies like Toyota (TM), AT&T (T) and, of course, Apple at prices the free market would never pay.

It’s stock market alchemy at a scale the world has never seen before.

Apple borrows billions… pays a couple points in interest… and buys back its own shares.

It turns a 2% interest payment into a 5% boost (or more) in share price.

The Fed gets what it wants (a propped-up economy). Apple investors get the closest thing to guaranteed returns the equity market has ever produced. And the stock market continues to zoom, keeping the nation’s economy on life support for that much longer.

We all know it won’t end well.

Some companies in China, for example, have bought back so much stock, there’s hardly any left to trade. They’re running up against liquidity limits.

Their buyback run is over.

But that’s not the case here in the States. Far from it.

That means you’re crazy not to be in stocks… especially those that are taking advantage of the Fed’s actions.

Trillions of dollars are being pumped into the markets. Much of it will end up in stocks.

Take advantage of it.