The No. 1 Way to Play the Border Crisis 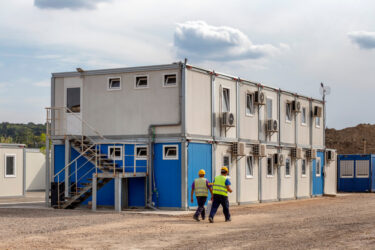 We’re twirling our toes in the dirt this morning, a bit embarrassed about all the bad things we’ve said about those dopes folks in Washington.

Perhaps the government really does giveth as much as it taketh away… especially if your financial advisor’s last name is Pelosi.

As for the rest of us… we’ll just have to pick up the scraps.

But these days, even Washington’s scraps can provide for quite a nice retirement account.

Lots of readers have asked us to review last year’s top-performing stocks. It’s pretty easy. They were mostly in one place…

If you got your timing right in the oil biz last year, you made money… oodles of it. If we were loose with our ideas, we’d say the government certainly helped that sector out. Years of bad regulations, political miscalculations and flat-out disdain for the sector created a ticking time bomb that just needed some Russian bozo to cut the wrong wire for it to blow up.

But the best stock (depending on how you define it) of last year wasn’t directly tied to the oil market… although lots of folks think it was.

Target Hospitality (TH) is basically in bed with Uncle Sam. (Talk about being loose… with your ideas!)

Three out of every four dollars it brings in come in the form of a check from the U.S. Treasury.

Think of the company as a mobile hotel chain. It provides lodging, food and even security for the government, the energy sector and nonprofits that do humanitarian work.

If border agents need a town built in a hurry to house folks caught crossing the border, they call Target.

If an oil driller needs a few beds and a mess hall put up in North Dakota for its roughnecks… Target is its first choice.

If a hurricane rolls over a town in Texas… you get the picture.

And it was especially good business in 2022, when the government’s pockets were overflowing with money, drillers were rushing to pull up some black gold and migrants were spewing across the border.

Shares of the company surged by nearly 400% last year.

But if you read the press, you’ll see much of the company’s good fortune was tied to the oil boom. The press makes it sound like Target’s success was a one-time deal.

Digging in, we see that the company isn’t that stupid.

In 2014, Target was indeed 100% focused on the energy sector. At that time, it made sense to be. But golly, relying on the free market for a living is hard work.

In 2019, the company wised up and got 24% of its revenue from government contracts. It’s no coincidence that was the same year the company went public via a SPAC deal.

With oil in the government’s crosshairs and Uncle Sam eager to hand out free money, management saw the writing on the wall. It has since concentrated heavily on signing lucrative government contracts. The move has paid off with tremendous growth… and $800 million worth of locked-in sales. 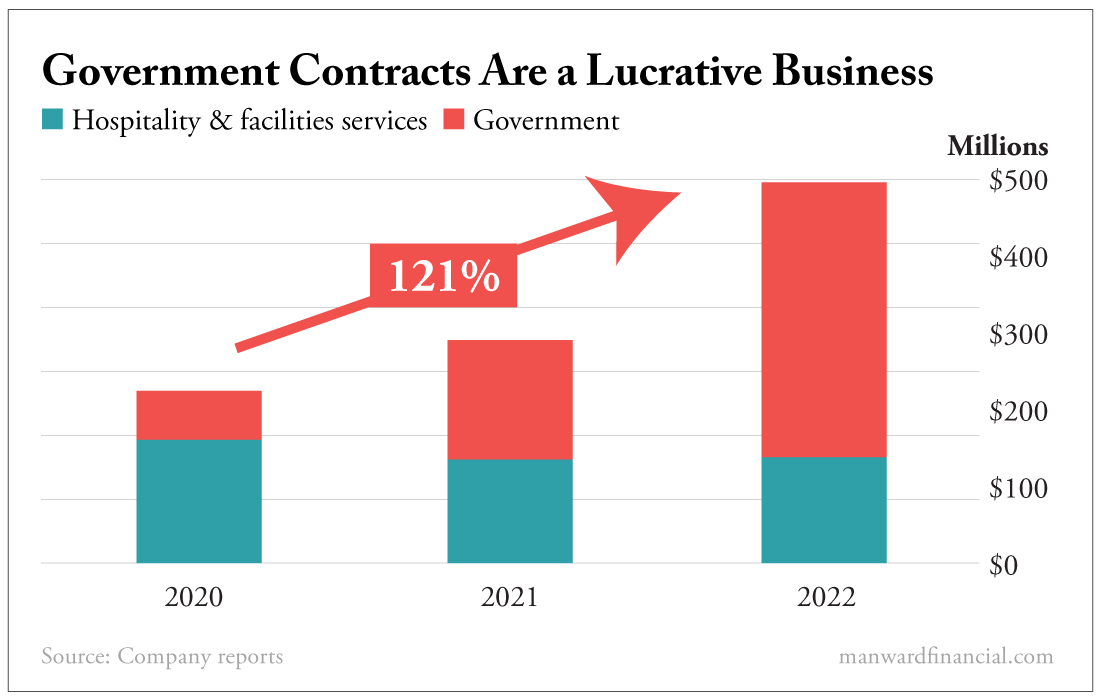 Government Contracts Are a Lucrative Business

Again, read the financial rags, and they’ll have you convinced this company’s boom dissolved the second oil prices started dropping.

That’s not the case at all.

As long as caravans of migrants are crossing the border, the folks at Target Hospitality will be working overtime to house them all.

We don’t give away free tickers all that often… but this one is a former SPAC. It’s perfectly in line with what we look for in our Venture Fortunes research service.

It exemplifies the immense power of focusing on young companies that are fresh to the market and doing big things. It paced the market last year, and it shows why we’re so excited about what we’re doing in Venture Fortunes.

Plus… it gives us a shot at getting some of our damned tax dollars back.