The Fed Is Holding the Free Market Hostage 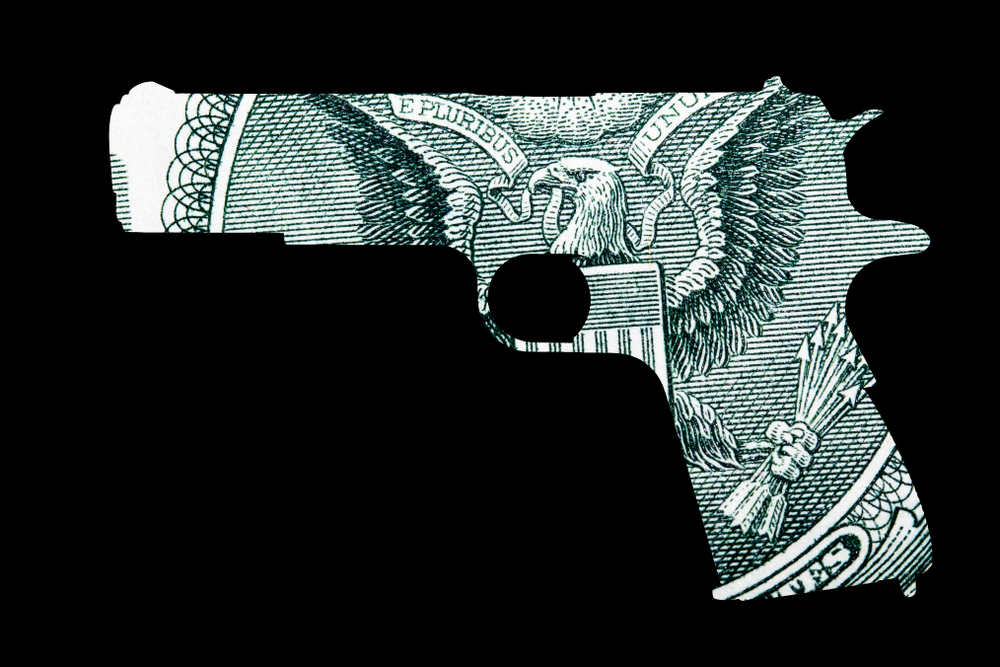 The Federal Reserve is about to do something stupendously insane.

It’s about to walk up to the free market, put a shiny revolver to its head and say, “Move… and you die.”

To the folks tuned in to the The View, eating potato chips and wondering if the girls will fight over the latest Twitter spat… what our boy Jay Powell is up to doesn’t mean a whole lot. As long as the credit card works, he’s done his job.

But, alas, ignorance is the fuel that fires Big Government. It’s what flames the mission creep that allows a central bank to pull $7 trillion out of thin air.

And now Powell is threatening to go beyond slashing ultra-short-term interest rates and tossing money out of a helicopter. He’s about to put his thumb on interest rates across the spectrum.

Or, put another way, he’s shoving a gun into the temple of the free market.

In the issue of Manward Letter that will hit the streets tomorrow afternoon, we discuss the notion of the “great assumption.” It’s the long-held belief that the American dollar (and the debt it represents) is the best in all the land and is a go-to asset when times are tough.

For generations now, the assumption has stood. Like the sun rising in the east, it’s a notion that’s now printed in our textbooks without ever being passed to fact-checkers.

But what if that’s not the sun popping over the economic horizon? What if it’s the spotlight of a pack of vigilantes who want what they were promised?

As the Fed’s balance sheet – that’s the politically correct way of describing the money it’s pulled out of thin air or perhaps other less-than-fresh places – balloons to $7 trillion and beyond, wise skeptics are wondering if our “great assumption” has gone bust.

Alan Blinder, a former Fed vice chair, has publicly pondered whether the Fed has hit its limits.

The pandemic “is going to lead to a test of the notion… that the demand for U.S. Treasury debt is infinite,” he said in April.

When this happens, it will be obvious to the free market. Demand for America’s debt will fall. Savers and investors will turn to less chaotic locales that represent safer bets for their cash – perhaps the EU or Canada.

Maybe even Venezuela and Argentina.

They’ll demand more reward for their risk. That means they’ll want more than the 1.4% the Treasury is paying these days on its 30-year debt.

But, alas, the folks in Washington will have none of it.

Yield caps are something you’ll likely hear of many times over the next few years. They were last used during World War II.

Back then, Uncle Sam was financing an expensive war and didn’t want to have to pay too much for it. He was paying roughly 2% on a 10-year bond. And if yields went higher, the individual Fed banks were informed to start buying and push yields back down.

This time will be no different.

When long-term rates rise, the Fed will fire up its printing press and start buying. The free market will sit gagged and struggling in the corner.

But we all know that.

Even Powell knows that. He just hopes it doesn’t blow up on his watch… and will do whatever’s necessary to ensure it doesn’t.

It reminds us of a few lines in Fred Schwed Jr.’s 1940s classic, Where Are the Customers’ Yachts?

In it, we learn of a Texas broker who shrugged off the free market’s price of $730 for shares of a company and sold some stock to his clients for $760. When the customers found out, they were angry and demanded an explanation.

The broker wouldn’t have it.

“Suh,” the author has the Texan say, “you-all don’t appreciate the policy of this firm. This heah firm selects investments foh its clients not on the basis of Price, but of Value.”

Perhaps we know what book is on Powell’s nightstand these days. He’s ready to tell the world to forget the price of America’s debt… but instead focus on its value.

Someday, that value will be based solely on the gun that’s holding it up.

But until then… the free money party will continue.

P.S. With the Fed running its printing presses on overdrive, the stock market will continue its run higher and higher. If you thought the bull market of the last 10 years was hot… you haven’t seen anything yet. It’s why I’m telling folks to “buy like hell,” starting with this stock.