How to Rig the Market in Your Favor 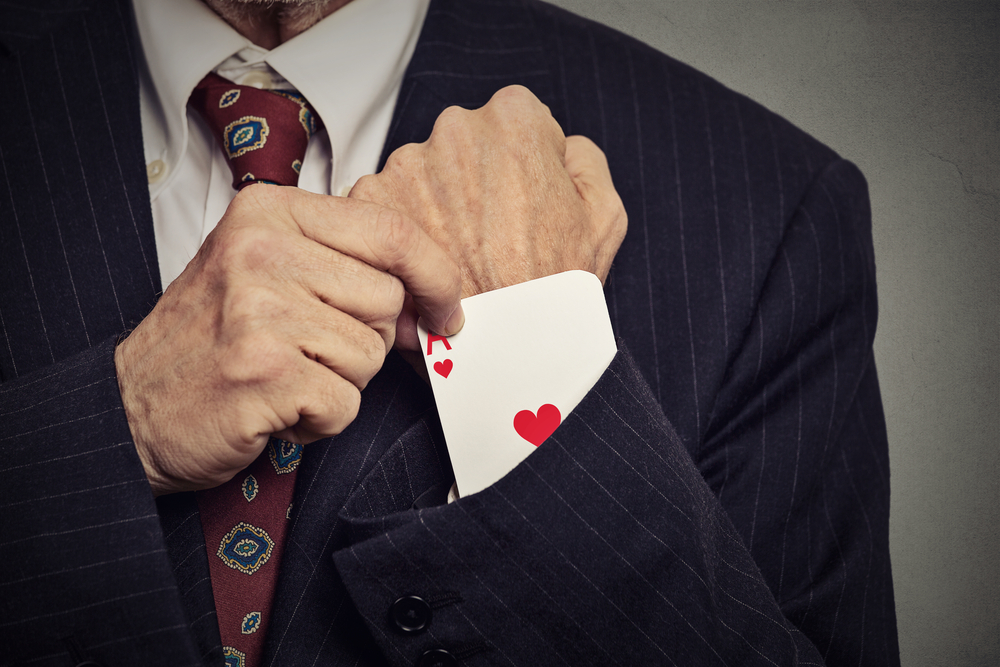 A reader wrote us last week about Know-How.

He said he loves what we’re up to, but he wants to learn more new things.

In this case, it was a doc who wanted to learn how to fix his ice maker.

Good on him, we said.

But that’s not our thing.

That’s good Know-How… but it’s not what we’re aiming for. At least, not here.

Our aim is to inform you about the lies, the myths and the legends of the world. We want to create a readership that sees the flaws in everyday “logic” and doesn’t just avoid them… but hates them with a passion.

Our topics are money… Liberty… health… all the stuff modern culture seems to get oh so confused.

Take investing, for instance. It’s a “woe is me” realm.

Every junior writer that’s ever worked for us has tried to pen a research piece on how the market is rigged against the little guy. It’s a common mantra, especially for those fresh out of school.

Every time we see the theme in a piece, we tune out. It’s garbage that’s not worth our time.

The logic is flawed.

Let’s be very clear… The market is not rigged against you.

Understanding that idea is critical. This is essential Know-How.

There’s no conspiracy to hold you down and keep you from getting rich. There is no group of suits that gathers ’round to discuss how to rip off the little guy.

Nobody counts heads at a Four Seasons conference room to see if there are enough bankers for an official let’s-rig-it quorum.

Wall Street would love to make you rich. It thrives on other people’s money, or OPM, as we like to call it.

The more people with more money… the better.

But here’s the twist. If you truly have economic Know-How, you’ll get it.

An efficient market, by its very nature, causes the most harm to the most people.

Sounds harsh, we know. But understand that idea and you’ll be head and shoulders… even knees and toes… above the masses.

It’s this idea that shows why stocks “climb a wall of worry,” and it’s why one of the most reliable indicators is the cover of a magazine… as long as you do the opposite of what it boasts.

If you’ve ever been to an auction, you’ve seen this idea in play.

If you’re a seller, you hope for a large crowd.

If you’re a buyer, you hope the rain keeps folks at home.

We don’t need to tell you.

The more buyers, the more folks bidding… and the higher prices will go.

Because an efficient market – again, by the very nature of what makes it efficient – does the most harm to the most folks.

When everybody piles in to get grandma’s old artwork, the crowd will overpay. The seller will do well.

But when it’s just one bidder staring at the seller’s pile of junk, well, who will get the most harm?

If you feel like the market is rigged against you, this is what’s happening. You’re marching with the masses.

Instead, look at what the investing greats have done.

Buffett… Soros… Icahn… Paul Tudor Jones… none of them bought a target-date exchange-traded fund and held it for 30 years. No way.

They made massive bets against the crowd.

It takes guts. But it’s such a simple concept to master.

One of our favorite options strategies, in fact, is based on something called the “max pain” theory. It simply looks at the market, determines how many contracts are ready to expire, how many folks own them… and bets against them.

One of our best trades of last year came thanks to the idea.

And this week, we’ll tell you more about a once-a-month buying strategy that takes this idea and magnifies it.

It’s a way to quietly walk ahead of the masses and buy what they’re about to pile into.

We’ve beta traded it with our Codebreaker Profits subscribers and locked in gains of more than 700%… with one trade, once per month.

More on that soon.

Just know this: The market is not rigged against you.

The market is simply… a market.

By its nature, it’s designed to get the most money from the most people.